As professional practitioners of their art, Sebastian & Kristina have grown beyond just performing artistes and are constantly innovating and developing methods, designs and techniques for original quick change transformations.Besides designing quick change costumes for their own act, Sebastian & Kristina are also available for consultation work for performers, production companies and theatre troupes.

Sebastian & Kristina will work with you to understand your needs and design costumes to achieve the effect you are looking for. They can work with your costume designers, costume makers, tailors or seamstresses to create the costume or provide turnkey services where they design and fabricate the costumes from scratch.

Some of their consultation and creation work includes: 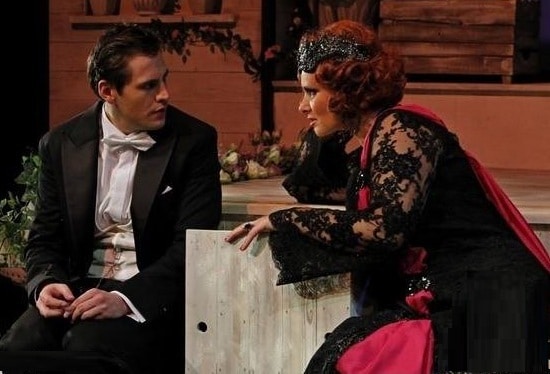 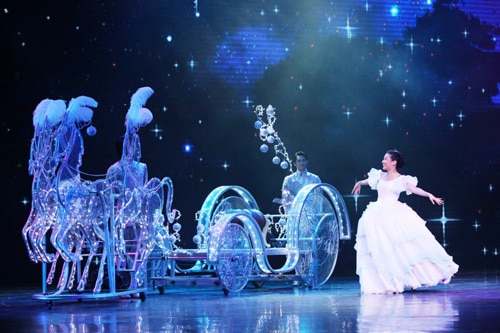 Media mentions of Sebastian & Kristina’s work on Cinderella include:

“After her fairy godmother decides that Cinderella finally believes in the “Impossible,” she grants the young lady’s wish of making it in time for the ball. Among the most fascinating portions in the play is the “Transformation” scene where Cinderella’s unkempt clothing turns into a beautiful gown. Moreover, the pumpkins behind the manor house magically transform into a sparkling carriage.”

“Resorts World Manila’s production of Rodgers and Hammerstein’s Cinderella presents a spectacle from beginning to end.”

“But then we would have missed the magic. With the aid of smoke and fog, a bit of pyrotechnics, and a super-quick costume change, the mice are transformed into horsemen, a white carriage arrives (but alas, no pumpkin!) and Cinderella gets a makeover, changing from peasant to princess. These transformations were much appreciated by the audience, who clapped with every dramatic presto change-o.”

The transformation of Cinderella from a poor country girl bullied by her stepmother and stepsisters into a confident young woman fit to marry her prince was straight out of a magic show. Just like in the current Broadway revival, Cinderella, wearing her mother’s old dress, spins in front of the audience and emerges in a sparkling white ball gown. The costume change happens so fast that the spell-bound audience just burst in applause.”

The magical run of Rodgers and Hammerstein’s Cinderella at Resorts World Manila continues to enthrall audiences of all ages with its grand set designs, costumes, prolific cast, and of course the enchanting transformation of Cinderella from a mere maiden to a beautiful princess.

As one of the most exciting highlights of every performance, the perfect execution of Cinderella’s transformation called for the collective vision of Director Michael Stuart Williams, Creative Director Menchu Lauchengco-Yulo, and the international QuickChange Dance tandem of Sebastian and Kristina Richter.